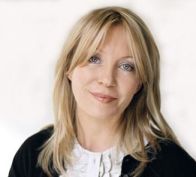 Kirsty Young, presenter of Desert Island Discs, did not challenge Paul Johnson when he said that he admired mass-murderer Pinochet because he "prevented civil war". How many deaths make a civil war?

[This is No.2 in a series of blog posts on Paul Johnson’s statement on BBC Radio 4’s Desert Island Discs that he admired Chilean mass-murderer General August Pinochet because he ‘prevented civil war’. You may read the others here: No.5, No.4, No.3, No.1.]

In response to my letter to the BBC after hearing Paul Johnson speak unchallenged on Desert Island Discs about how wonderful he thought mass-murderer Augusto Pinochet was, I have received a reply. Read it and then my comments below.

Thank you for your comments about Paul Johnson’s Desert Island Discs – they have been passed to me as the programme producer and I’ll try to respond to the points you make.

We try to choose castaways who have lived rich and interesting lives and reached a very significant level within their own profession. It seemed to us that the former editor and highly successful biographer and commentator Paul Johnson amply met those criteria.

Paul Johnson is well known for holding very strong views.  Kirsty Young’s introduction noted that he was ‘fiercely opinionated’ and added that his work had “provoked, offended and enraged plenty of people over the years,” later in the programme, she referred to a description of him that he is the “right wing controversialist in chief” – so it seemed to me that the strength of his opinions – and the likelihood that they might offend – had been clearly flagged up.

In general we want our listeners to feel as if they have overheard a conversation with the castaway that has given them a real insight into that person – their life and experiences and also their thoughts and philosophies. It seemed to me that by nodding towards the views Paul Johnson espouses which are contentious (including his opinions about single mothers, same-sex relationships, abortion and his views of General Pinochet, Richard Nixon and Nelson Mandela) the programme was able to give a real flavour of his personality and thoughts and, as with all our castaways, listeners are then in a position of forming their own opinions about the castaway and whether or not they agree with him.

You are of course free to neither admire nor like the castaway – but we hope that the programme will have helped you to reach an informed opinion.

It seems that the BBC believes it is acceptable to broadcast distortions of the truth unchallenged. If your parents, and thousands of their allies and friends, were “disappeared” and/or tortured by the Pinochet regime, would you not consider this tantamount to civil war? Paul Johnson was allowed to say that he admired Pinochet because he “prevented civil war”. Kirsty Young did not mention the thousands of Chileans who were butchered by him. He “prevented civil war” in whose eyes? His own only, in the views of most reasonable people, I would think.

There is a fine line between allowing free speech and permitting the UK citizen-funded broadcasting service to present an unbalanced and distorted view of highly contentious and painful events. Yes, Paul Johnson and other supporters of obnoxious mass-murderers should be allowed to express their views, but no, they should not get away with uttering what amount to hurtful lies without challenge.

Incidentally, notice the attempt in the BBC response to fudge and obscure the issue by listing other examples of Johnson’s repugnant views as if they are equivalent. I’m sorry,  Pinochet is a known mass-murderer and torturer, and while I disagree with Johnson’s ignorant opinions on other issues too, minimising such a butcher’s crimes against humanity is hardly comparable! My letter was about Pinochet.

What do you think? (Read my original letter to the BBC.)