Israel’s “right to defend itself”: repeat a lie often enough…

UPDATE (16 APRIL 2018) I just came across this interesting article on the international Israeli propaganda machine: How Israel and its partisans work to censor the Internet. 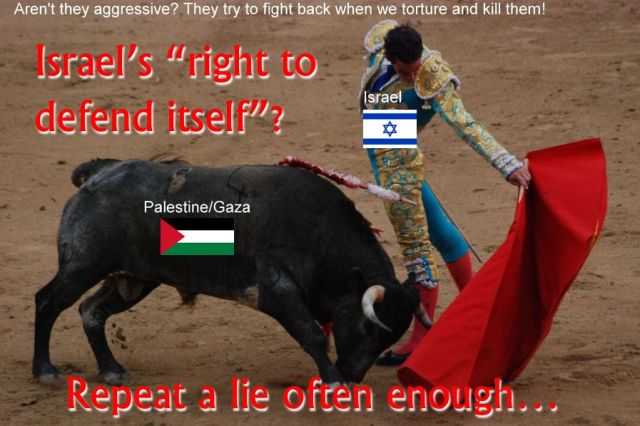 Israel has repeated the mantra that it has “the right to defend itself” so many times that it has all the mainstream media chanting it and half the world believing that it is, indeed, defending itself. The old propaganda trick – repeating a lie often enough – is working. Well, it’s time we called them out on this.

If you think it’s OK to say “Israel has a right to defend itself”, you have already been propagandised

I am sick of hearing about “Israel’s right to defend itself”. This seemingly innocent statement is, in fact, a cunning piece of propaganda which plays on the commonsense notion that everyone has a right to defend him- or herself. If you think along these lines upon hearing the phrase then you have already been propagandised.  Repeat a lie often enough and it becomes the truth. This is what Israel has done. 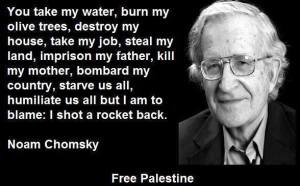 I am to blame?

The unexamined assumption (lie) is that Israel is indeed “defending itself”. Well, (a) it is not “defending itself”, it is committing mass murder, and (b) it certainly has no right to “defend itself”, when “itself” is a colonising apartheid entity that systematically brainwashes its citizens (who, by the way, can only be Jewish), and brutalises them as well as it brutalises those it labels “Arabs”. (Their passports are not marked “Israeli” but “Arab”.)

Israel, an occupier and besieger 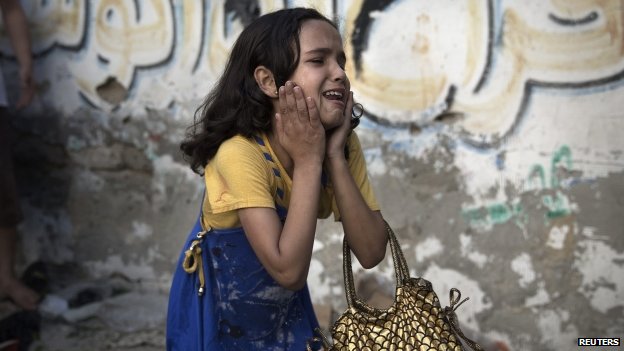 The caption on the BBC article in which this appears reads: ‘On the festival of Eid al-Fitr, children were out playing in Gaza City and witnessed explosions and their aftermath.’

To take the point about not defending itself a bit further, remember that Israel is an occupying power that has successively displaced Palestinians from their native land and has corralled nearly two million human beings into a tiny strip of land (139 sq miles), the Gaza Strip – effectively a concentration camp.  Those who venture too near the borders (such as the arbitrary limit for fishing boats at sea) are often summarily shot.  Basic services, such as sewage, drinking water and electricity, are severely restricted at the best of times, and absent during Israel’s mad attacks. If this were the experience of you and your family, how would you react?  Would you not be tempted at least to dig tunnels to the outside world? Would you not be tempted to fight back? (Contrast the restraint of the Palestinians to the obscene butchery inflicted on the people of Iraq by the US-UK military-industrial complex because their leader supposedly had weapons of mass destruction.) No, the people who do have “a right to defend themselves” are the Palestinians, not the occupiers/besiegers.  I am not supporting the firing of rockets, but you’d have to be particularly closed minded not to understand why a few feel driven to fire them! This is an asymmetric situation to say the least.

If Israel observed human rights and UN resolutions, and was not constantly encroaching on Palestinian land and indiscriminately killing innocents by the hundred, it would, of course, have a right to defend itself. Until that day comes, it would be wonderful if at least some of the time you hear people mindlessly repeat the sentence “Israel has a right to defend itself”, you challenge it.

We must use every peaceful means at our disposal to fight for human rights, such as through the boycott, divestment and sanctions campaign and through calling out Zionist propaganda whenever we see it.

Please watch this excellent short primer video on the Israel-Palestine conflict.  Also look at some of my earlier pieces on Israel/Palestine/Gaza which have various links in them, , read the statements of the Shministim conscientious objectors, visit Jewish Voice for Peace, and see Avigail Abarbanel’s examination of the Israeli psyche. I attended a talk by her, and it seemed to me that she is specifically likening Israel’s psychology to that of someone suffering from Narcissistic Personality Disorder. Fascinating and disturbing.

Here is a detailed article on BBC bias.

I am a writer specialising in non-fiction, particularly in assisting people with their biographies.
View all posts by biowrite →
This entry was posted in Politics, Videos and tagged Avigail Abarbanel, gaza, Hamas, human rights, Israel, Jewish Voice for Peace, myths, Palestine, shministim, zionism, Zionists. Bookmark the permalink.

2 Responses to Israel’s “right to defend itself”: repeat a lie often enough…